Light a Candle: A Mindful Gratitude Practice from David Steindl-Rast

In reflective conversation and in the surveys I send out to participants after working with me, I find that gratitude practice is consistently the most impactful in daily life.  Many months later, even people who are not doing formal mindfulness meditation are still using the Beautiful Moments practice and experiencing gratitude as a part of daily life.

I am doing a gratitude workshop with two amazing administrators on Monday who are trying to implement mindfulness practices into their whole building. We are going to explore gratitude together, and I am happy to have this opportunity to find some new resources and revisit some old ones.

While reconnecting with the work of David Steadl Rast, whose TEDTalk is below, I once again came across Gratefulness.org.

I took the opportunity to engage with the “light a candle” practice they provide through their site.  I used the moment of pause to be grateful to all those people who support my work in the world and are willing to engage in the process of growing with me. Then I made this dedication:

“This candle is dedicated to my grandma Rose.  She taught me everything I need to know in order to live in the world as a whole person.  I love you, Grandma Rose, and your spirit is always with me.”

After making a dedication, the candle burns for 48 hours, and there is a link to click and be provided with a mini-candle for your laptop during that time.

Mine is burning right now, and every time I see the flame, I am mindful of the love it represents.

For what can you be grateful today? Please leave your thoughts below. 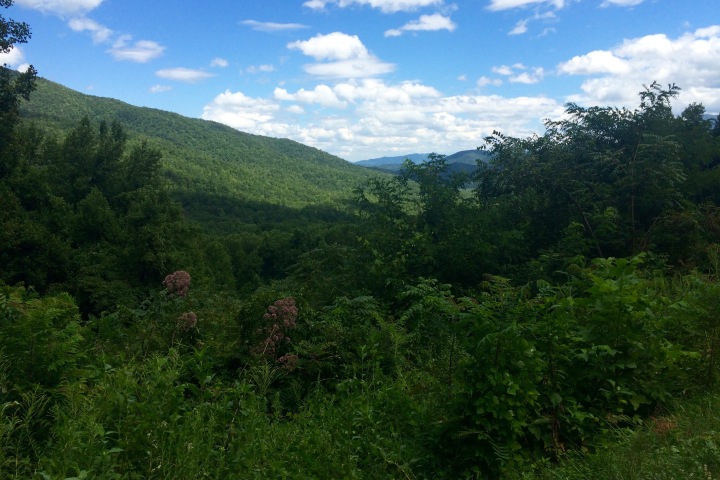 Pilgrimage: A journey into the unknown undertaken for the purpose of uncovering deeper meaning and connection*

*defintion by me but inspired by others more quote worthy : )

I am at a transition point in my life, a pilgrimage of sorts.  Like all pilgrimage, it requires me to let go of the creature comforts to which I have become accustomed.  This means releasing the security of operating my business as a “side endeavor” so that I can remain less attached from its success or failure.  It also means leaving a community I love, once again, to take a step into a future that looks more solitary for awhile.

In plain terms, I have been running my business while also being a full-time student.  I am leaving school in order to try this thing for real.  Am I scared?  Yes.  Yes I am.

END_OF_DOCUMENT_TOKEN_TO_BE_REPLACED 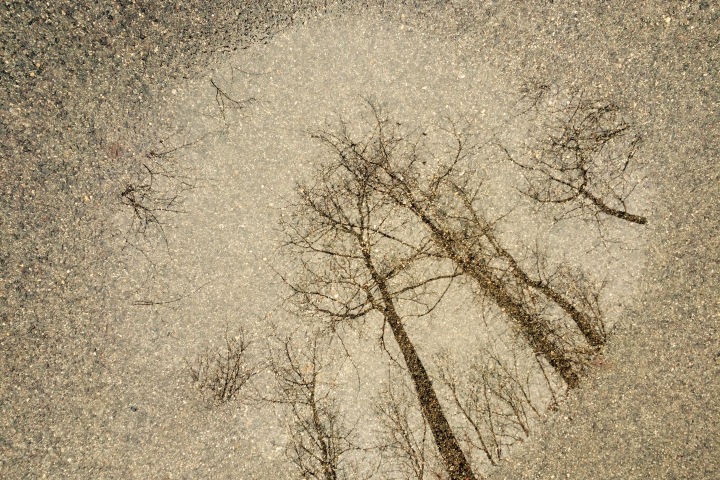 There is an enchanting beauty found along the simplest paths of life. Mostly this is a metaphor, but sometimes, if you are open enough, it is literal, too.

Last Sunday on an early-morning walk so cold that our fingertips were icy-cold bits of numbness, I had to dance and skip alongside Mel to keep from becoming too chilled.  Despite the cold, however, we walked for hours, and along the path we encountered some wondrous little surprises that enchanted us both.

END_OF_DOCUMENT_TOKEN_TO_BE_REPLACED 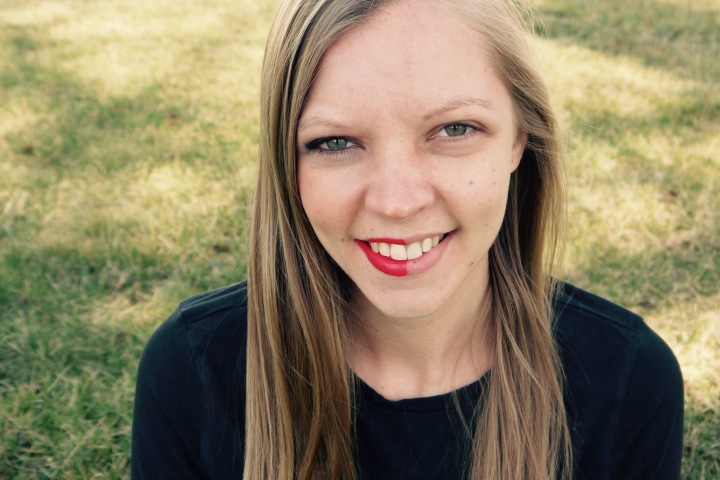 “Put My Face On”: Why I, and Other Women, Wear Makeup

Makeup is a complicated cultural phenomenon: a safety blanket, a mask, the gauze on a wound, a watercolor painting- it is all of these things.

When I was on my silent retreat, I went 12 days without a bit of makeup.  I will be honest: this was probably the first time that has ever happened in my adult life- besides the last two weeks which have been makeup free for me (more about that later).

One thing that both horrified and fascinated me was the fact that I never got used to my own face while I was there.  It just didn’t look like me (or at least not a version I liked).  Of course, besides the occasional glance in the mirror, this was not a major topic on my mind; Most of my thinking was consumed by  avoiding the part of my body that felt like it was on fire for the last twenty minutes as I tried not to move.

Even before my retreat, however, I had become somewhat intrigued by the inordinate role that makeup played in my daily life.  I am not obsessive.  I usually put on four products (mascara, eyeshadow, concealer and blush), and I don’t wear a lot of it.  My routine is usually once a day. It takes about five to ten minutes.

However, I rarely leave home without at least concealer and a little blush.  If I did it would feel very strange, and in general, I am very uncomfortable with certain features of my face, namely my uneven complexion and the dark rings around my eyes (hence the concealer and blush).

As a person who tries to be mindful of my thinking and habits, I had to wonder: why does this mean so much to me?  Is beauty that important?  What would happen if I didn’t wear it?

I have been thinking about beauty standards lately (see the post Why You’re So Pretty Sucks: Being Mindful of Dangerous Beauty Standards) and wondering: what unacknowledged forces are at work here, and how do they affect people- myself included?

In response to my questions, I decided to post a survey online to my Twitter and Facebook feed about women’s personal makeup routines (or lack thereof) and their feelings on why they use it (if they do).  There were nineteen survey respondents, a fairly small sample size.  I did, however, have a range of feelings and experiences represented, which I felt was helpful for exploring different angles on the topic.  I was also able to see some patterns and some differences that were interesting.

END_OF_DOCUMENT_TOKEN_TO_BE_REPLACED 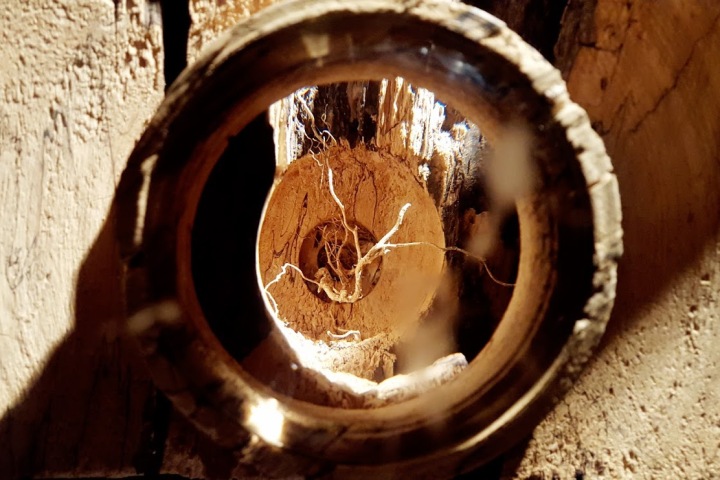 There is Magic in the World: Mindful Play, Making Things, Anne Hamilton and the Columbus Art Museum

“For the record, woohoo! Not just art, but life- magic.”

– Jandy Nelson, I’ll Give You the Sun

I am just learning how to play again; how to make life magical. How to find the silky seedlings in dried out pods while walking and then set them free in the wind one by one.

How to grab hand-fulls of leaves and smoosh them into my face before tossing them high into the air and watching them fall.

How to whisper stories to trees while I press my hand to the rough bark and listen for an answer. (See The Silent Friends video).

It is good learning.

This last week my husband Jamey and I took Sawyer (our five-year-old) to see the Lego exhibit at the Columbus Museum of Art.

END_OF_DOCUMENT_TOKEN_TO_BE_REPLACED

“Let yourself be silently drawn by the strange pull of what you really love. It will not lead you astray.”
― Rumi

Lectio Divina, or “divine reading” is traditionally a form of contemplative practice from the Christian faith tradition where one studies scripture seeking messages from God.

Today, it can also be used as a contemplative practice where one meditates on a text of choice, often times a poem, seeking individual connections and meanings.

END_OF_DOCUMENT_TOKEN_TO_BE_REPLACED

Where Art and Science Intersect: Experimentation in Color

“Fundamentally, both art and science are about encounters with the real world — the one we live in and experience as colors, textures, shapes and sounds. Every artistic creation and every scientific study is a record of experimentation. At their best those experiments are rooted in two vital qualities: interest and attention…  Interest and attention allow us to live lives that are rich in meaning, lives that are passionate about noticing the everyday miracles right in front of us.”

My little Sawyer is a scientist.  He is an artist.  And he doesn’t have a problem with blending the two.  Hopefully his little world will stay creative like this forever.  Hopefully he never gets the message that we have to be one thing or the other.  Or really one of anything, totally.

A few weeks ago, he ordered a science kit online and one of the projects was to blend colored water in test tubes.  He sat in the bathtub and made his science project into an artistic expression- a temporary rainbow. 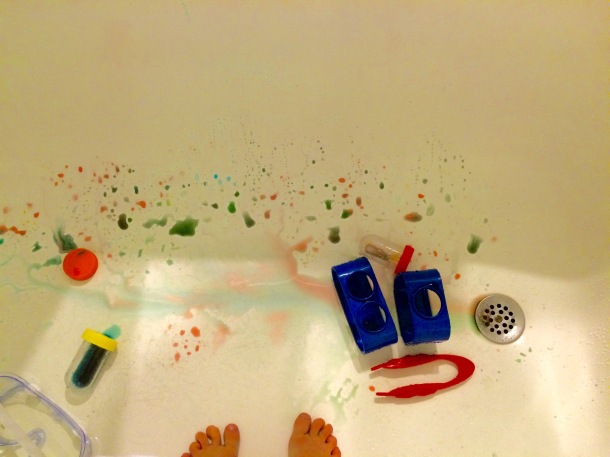 Where do you find intersections between art and science in daily life? 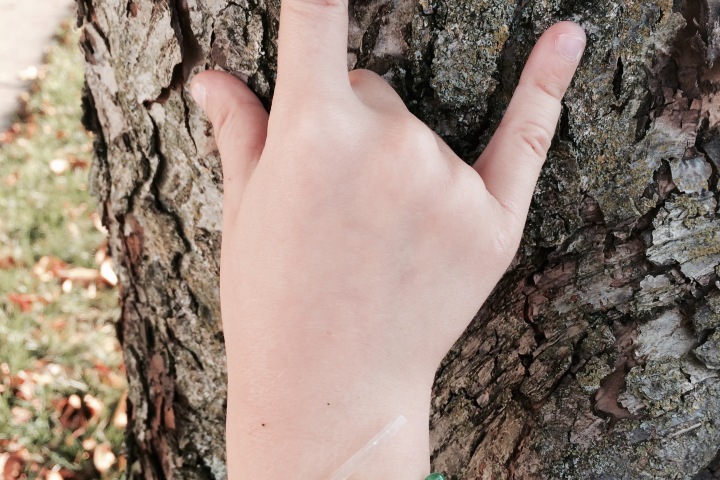 on a brisk, fall day-

tastes of spring’s sweetness while on the autumn brink

Running my hands through tendrils of green,

feeling the soft vibrance growing from the earth

slip between my fingers

a blending of man and nature’s perfect beauty

creating art in the sky 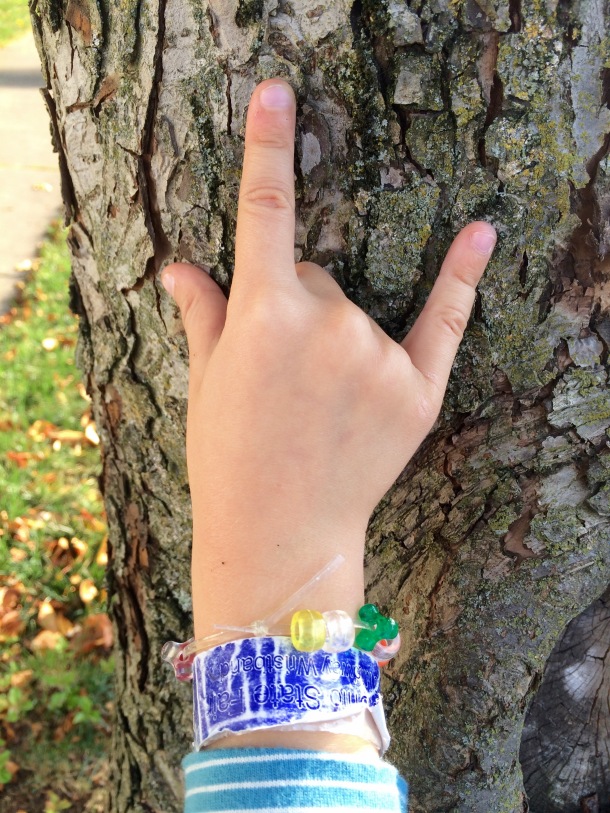 Pausing on our path

fingers pressed to the skin of the trees

playing in the mist rising from the lake

while it dances in the rays of the sun

This post is one of a series called “Beautiful Moments” based upon my Mindful Gratitude practice.

Where are you finding beauty this Sunday? 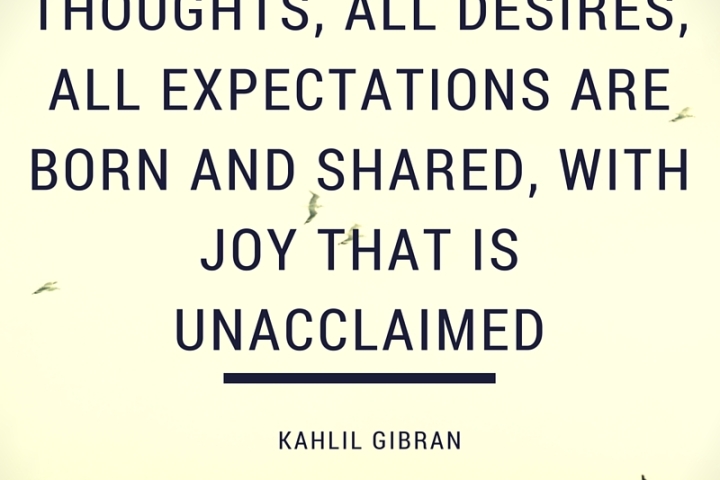 A (Sappy) Love Song to My Friends 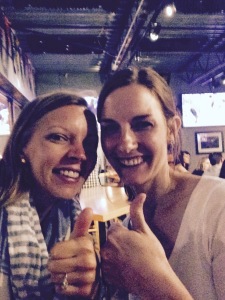 Mel and I wishing our friend Renee good luck on a concert via text.

In the words of C.S. Lewis in Four Loves:

Friendship arises out of mere Companionship when two or more of the companions discover that they have in common some insight or interest or even taste which the others do not share and which, till that moment, each believed to be his own unique treasure (or burden). The typical expression of opening Friendship would be something like, “What? You too? I thought I was the only one.” … It is when two such persons discover one another, when, whether with immense difficulties and semi-articulate fumblings or with what would seem to us amazing and elliptical speed, they share their vision – it is then that Friendship is born. And instantly they stand together in an immense solitude.

And so is the beginning of a journey together.

I remember quite vividly and with great reverence my first best friend.  I was in seventh grade when we met.  The first time I went to her house a few weeks later, we walked to a creek and searched for rocks that we could wash and admire together.  It was with great relief and surprise that I realized I had found a kindred spirit- a lover of rocks and the magic of the world to give them to us.

END_OF_DOCUMENT_TOKEN_TO_BE_REPLACED

A Love that Beckons, Destroys, Transforms: Kahlil Gibran On Love

A gravestone in Provence, France. Photo taken by Brandi Lust

Language is not enough to describe the emotional, physical and spiritual dimensions that encompass this word we humans call “love.”  This last weekend, I had the privilege of hearing Imam Feisal Abdul Rauf speak, and he talked much of love in all its forms- mother, father, sister, brother, wife, child, lover, friend.  Infinite possibilities in our experience of relationship- felt in color, shape, texture, form.

One of the most beautiful and articulate ways I have heard love described is in the poetry of Kahlil Gibran.  In his poem “On Love” he begins with the following,

Though his ways are hard and steep.

And when his wings enfold you yield to him,

Though the sword hidden among his pinions may wound you. And when he speaks to you believe      in him,

Though his voice may shatter your dreams as the north wind lays waste the garden.