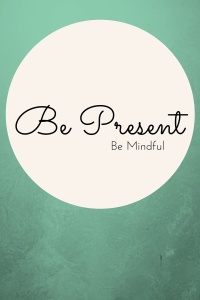 “Mindfulness is the process of actively noticing new things. When you do that, it puts you in the present. It makes you more sensitive to context and perspective.  It’s the essence of engagement.  And it’s energy-begetting, not energy-consuming…   What’s stressful is all the mindless negative evaluations we make and the worry that we’ll find problems and not be able to solve them.”

– Researcher and professor Ellen Langer, from an interview with the Harvard Business Review

Multitasking is highly valued by many as demands on attention increase, but students and teachers alike fall victim to the impulse to do too many things at once, often to their own detriment.  Research shows, “Students and workers who constantly and rapidly switch between tasks have less ability to filter out irrelevant information,” says TIME Magazine’s February cover article by Kelly Pickert, “and they make more mistakes.”

The opposite of multitasking could be considered as “mindfulness” or “the practice of focusing our attention on our thoughts, feelings, and environment in the present moment” says The Greater Good Science Center based in the University of California.  Research has found that that mindfulness literally changes the brain in areas related to emotion regulation, memory, learning, and attention.

These many cognitive benefits may seem hard to believe, but when put into the context of modern science, they become easier to accept, “A … potentially powerful factor in winning over skeptics is what science is learning about our brains’ ability to adapt and rewire,” says Pickert, “This phenomenon, known as neuroplasticity, suggests there are concrete and provable benefits to exercising the brain. The science–particularly as it applies to mindfulness–is far from conclusive. But it’s another reason it’s difficult to dismiss mindfulness as fleeting or contrived.”

In short: mindfulness practices are potentially one way to rness the power of neuroplasticity; mindful individuals become aware of their own thinking patterns while also learning to respond to the present in authentic ways through directed attention to the moment without judgement.  There are other learning benefits too.  According to Dan Hurley of the New York Times, one study showed, “Undergraduates instructed to spend a mere 10 minutes a day for two weeks practicing mindfulness made significant improvement on the verbal portion of the Graduate Record Exam — a gain of 16 percentile points.”

Studies also show distinct benefits for those who use mindfulness techniques themselves.  These include, “elevated levels of self-compassion and a decrease in psychological ills such as anxiety, depression, and burnout,” says USC’s Greater Good.

There are many ways to become more mindful.  This Mayo Clinic article offers a number of easy to implement suggestions such as focusing on one’s breath, noticing details in every day objects through careful observation, and quieting the mind to actively listen to someone else.  In addition, the UC San Diego Center for Integrative Medicine and Department of Psychiatry offers a variety of prerecorded practices for Mindfulness Based Stress Reduction (MBSR).  Any one of these activities can be completed in five to fifteen minutes and could lead to many psychological benefits, including an overall sense of increased well being.