Lord of the Flies Part I: Diagnostic Projects

Following up on Susan Turley’s work with Lord of the Flies in her Honors Thematic Studies 12 class, students gave fifteen minute group “diagnostic” presentations relaying a theme from the book this week.  The products had to display the following components: 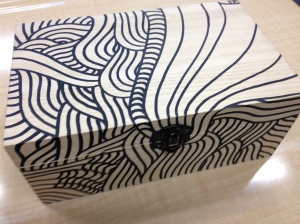 This initial project was built upon the students’ summer reading assignment, the content for which the class had already been tested.  Functioning as a diagnostic to assess current levels of performance in a range of areas, students were not given much guidance in regards to the final vision they should be presenting.  Instead, they were allowed the opportunity to address the standards and expectations in their own way.  The diagnostic created a “building point” for future areas of improvement and a summary of current strengths.

In addition to this functioning as a gauge for Turley to consider current levels, students were also given an opportunity to be reflective about their own learning using the CCS after they had presented.  I will be writing about these CCS conferences in a second post about this project.

“Testing” in this different format is interesting.  In the literature and educational conversations I have been a part of, diagnostics often take the form of “pencil and paper” tests which are often lacking in student engagement, but why does this have to be?  Are there ways to explore the potential of students where they might even surprise us in how they fulfill the standards?

This reminds me of a speech used in my classroom, Randy Pausch’s “Last lecture” given at Carnegie Mellon.  In it he describes his class Building Virtual Worlds.  The first project he gave had few parameters for what the “worlds” students would create needed to “look like.”  He stated in his speech, “The kids said, ‘Well what content do we make?’ I said, ‘hell, I don’t know. You make whatever you want. Two rules: no shooting violence and no pornography.'”  He was concerned with programming skills they were acquiring- not set outcomes.

He explained how the very first project defied all his expectations.  The bar had been set very high for the rest of the year; but he would not have known that without giving the students permission to try and freedom to engage.